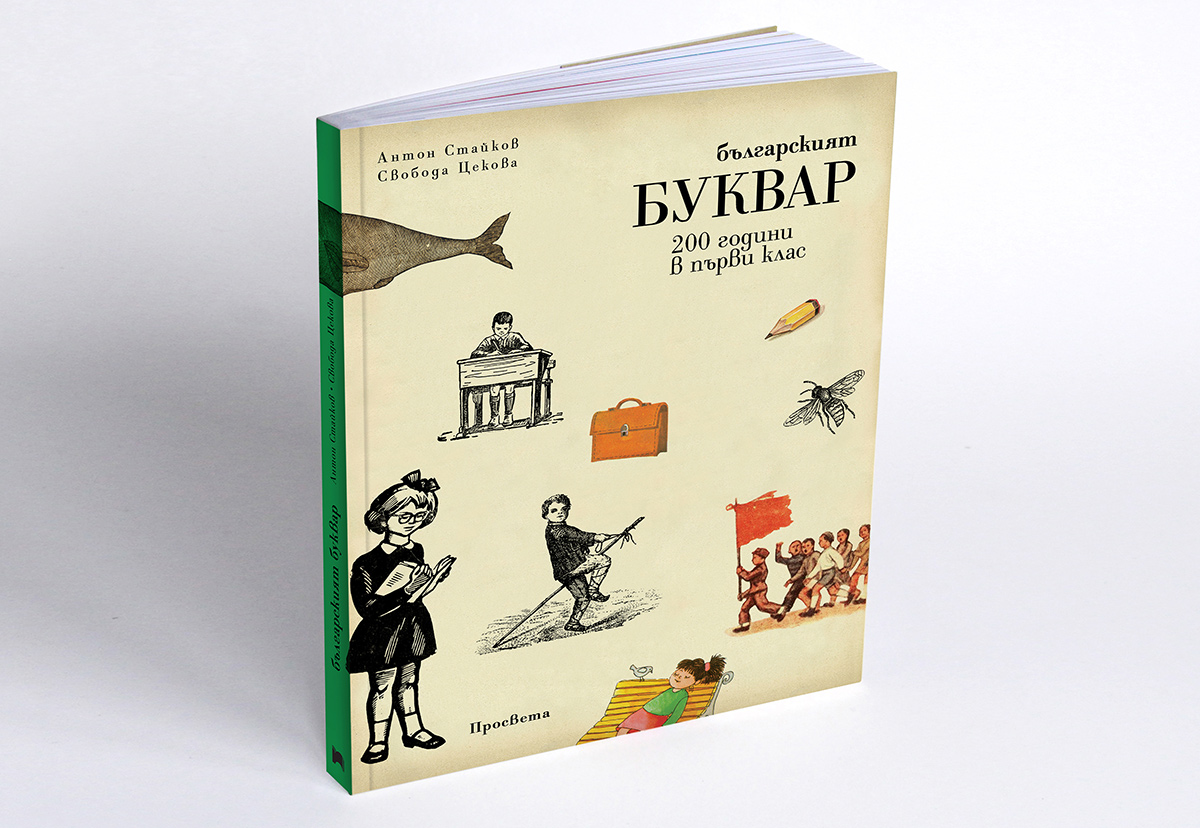 “Bulgarian primer. 200 years in first grade” ( Anton Staykov / SvobodaTzekova, PROSVETA Publishing House, 2015) is the first visual history of Bulgarian primers and ABC books (1824-2010), compiling more than 130 titles, written by more than 100 authors and illustrated by 60 artists. The study offers a visual interpretation of different historical periods, social collisions, times of war and peace, of economical crises and industrial progress. It also puts an accent on the everyday life, material culture, family relations, and attitudes towards child rearing, guidance, and education. The back cover reads: “An ABC book of Bulgarian ABC books. This is a brief and accurate visual interpretation of primers from the first one published until now, through the changing images and text, through the styles of compilers and painters. This book could be read as an encyclopaedia, an album or an easy reading. History of primers, which is to some extent a history of Bulgarian living in the past two centuries. The way the state, ideology and the world enter through letters. A step forward the unwritten history of the Bulgarian child, a book to start spelling out the world with.” – Georgi Gospodinov, writer 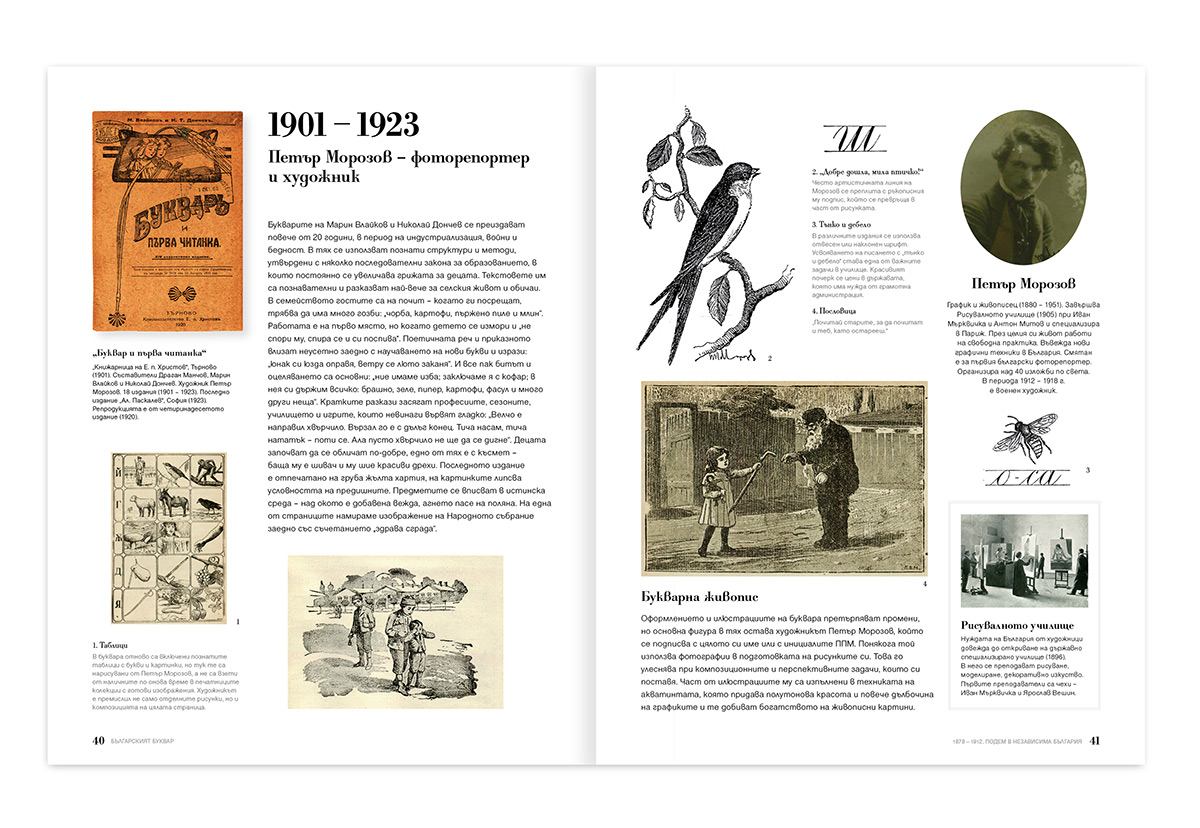 More than 6000 images have been scanned to compile a visual archive of this fundamental educational genre. The designer grid was created to ensure an equal presentation to each edition and to provide access to the four types of informational texts. Writing and image selection were done simultaneously. The book was printed on 150 gsm offset paper in order to give a tactile sensation similar to the old ABC books. The seven chapters following the historical timeline are divided by collages using photo images from the respective periods. For the backgrounds of the collages have been used scans of the fourth covers of the ABC books. Originally those covers were left blank but now are marked by time and continuous use. The same approach has been chosen for the cover of the whole project. 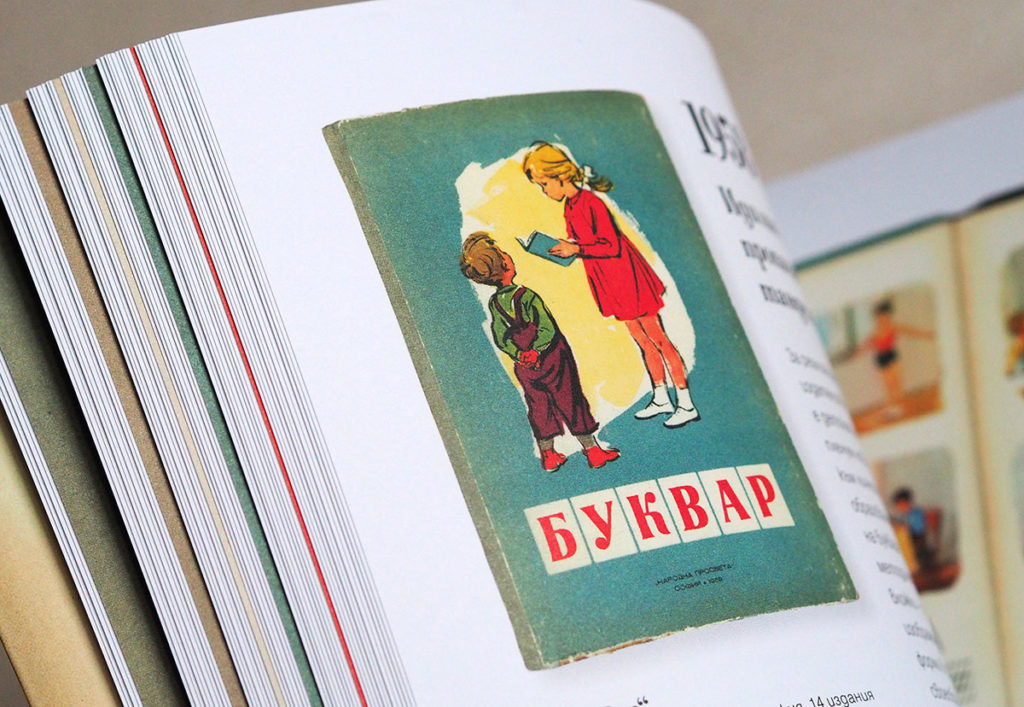 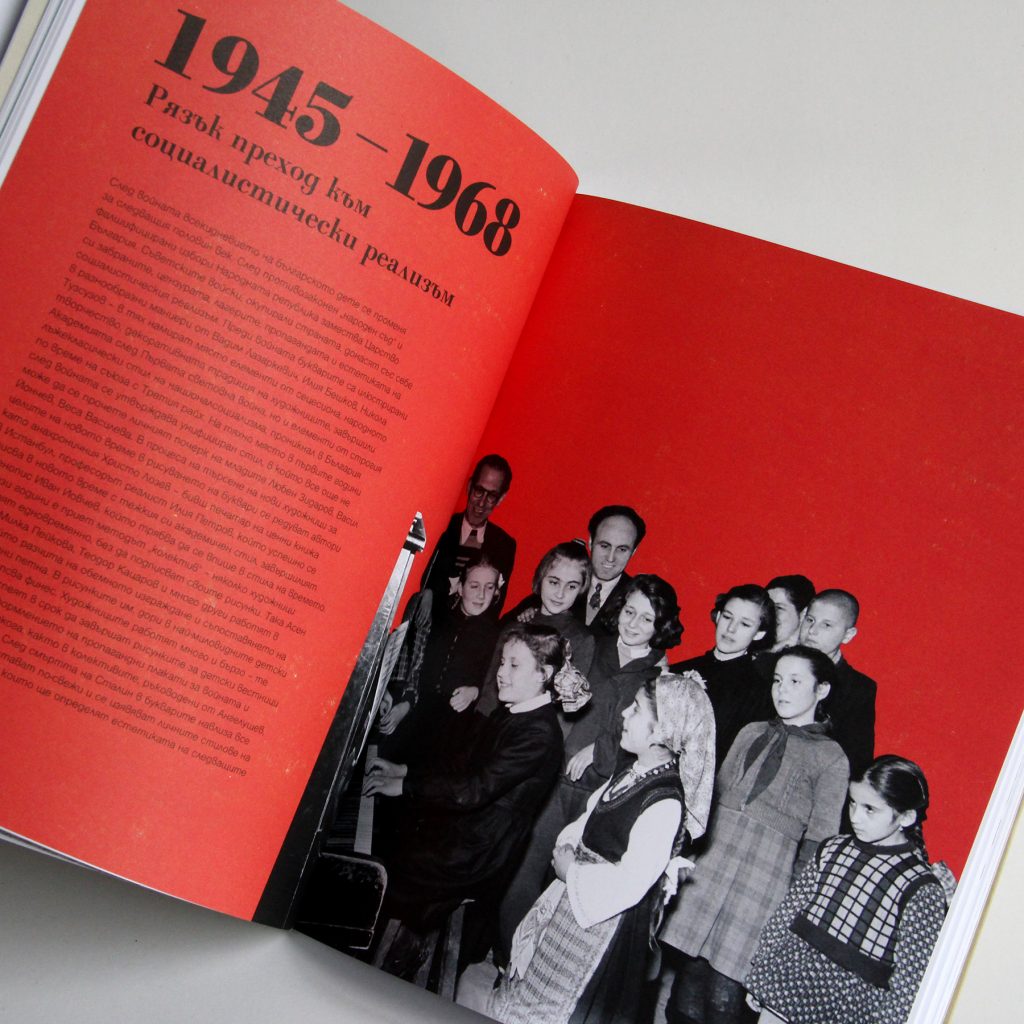 The project was started in 2013 and finished in March 2015 in Sofia, Bulgaria. Almost 2 years of research in different libraries and museums, searching through private collections and scanning original materials. 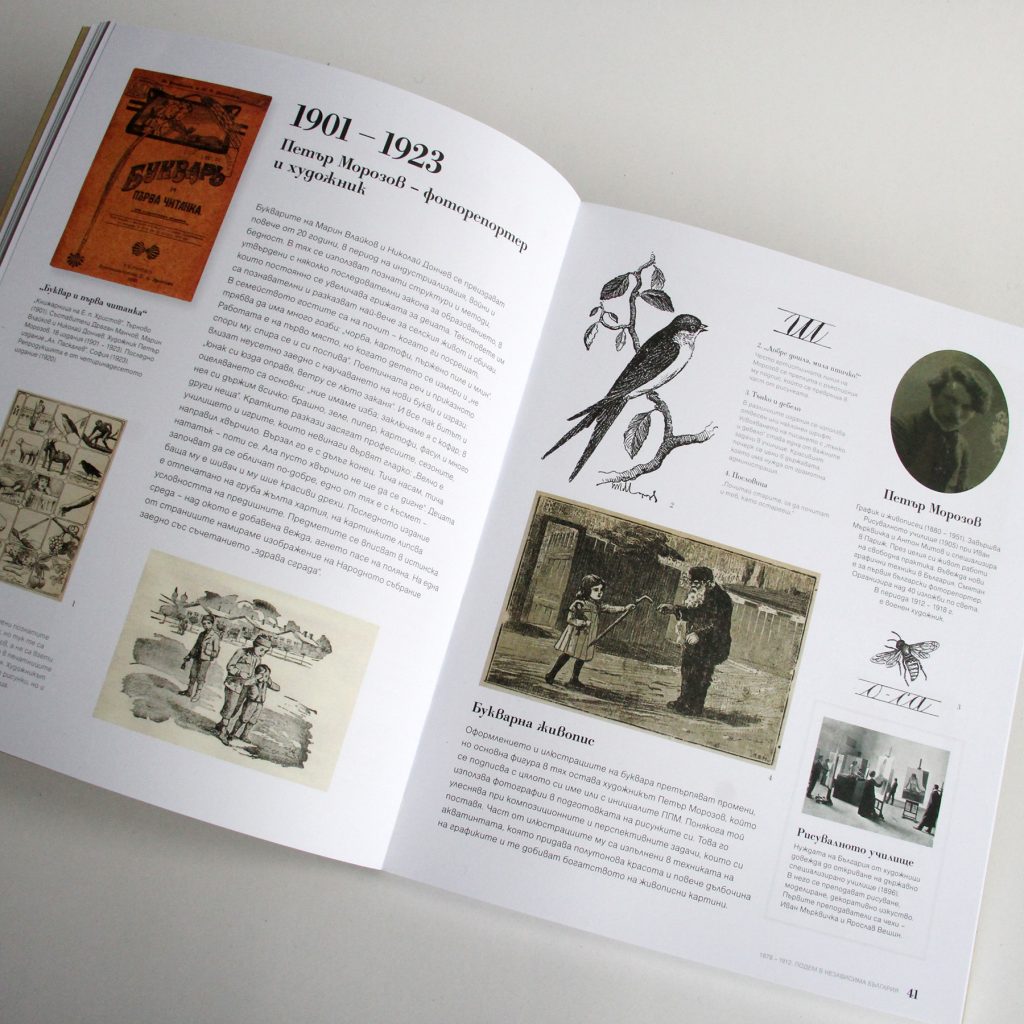 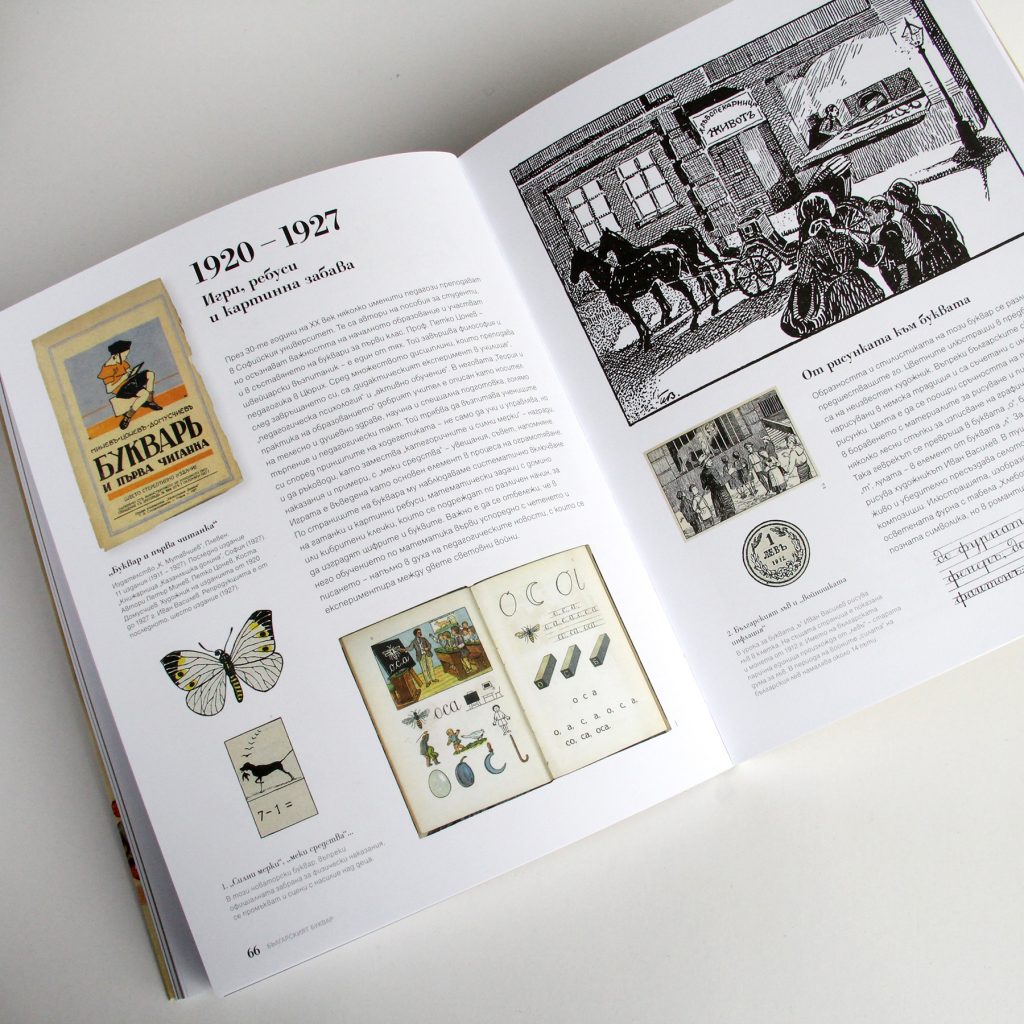 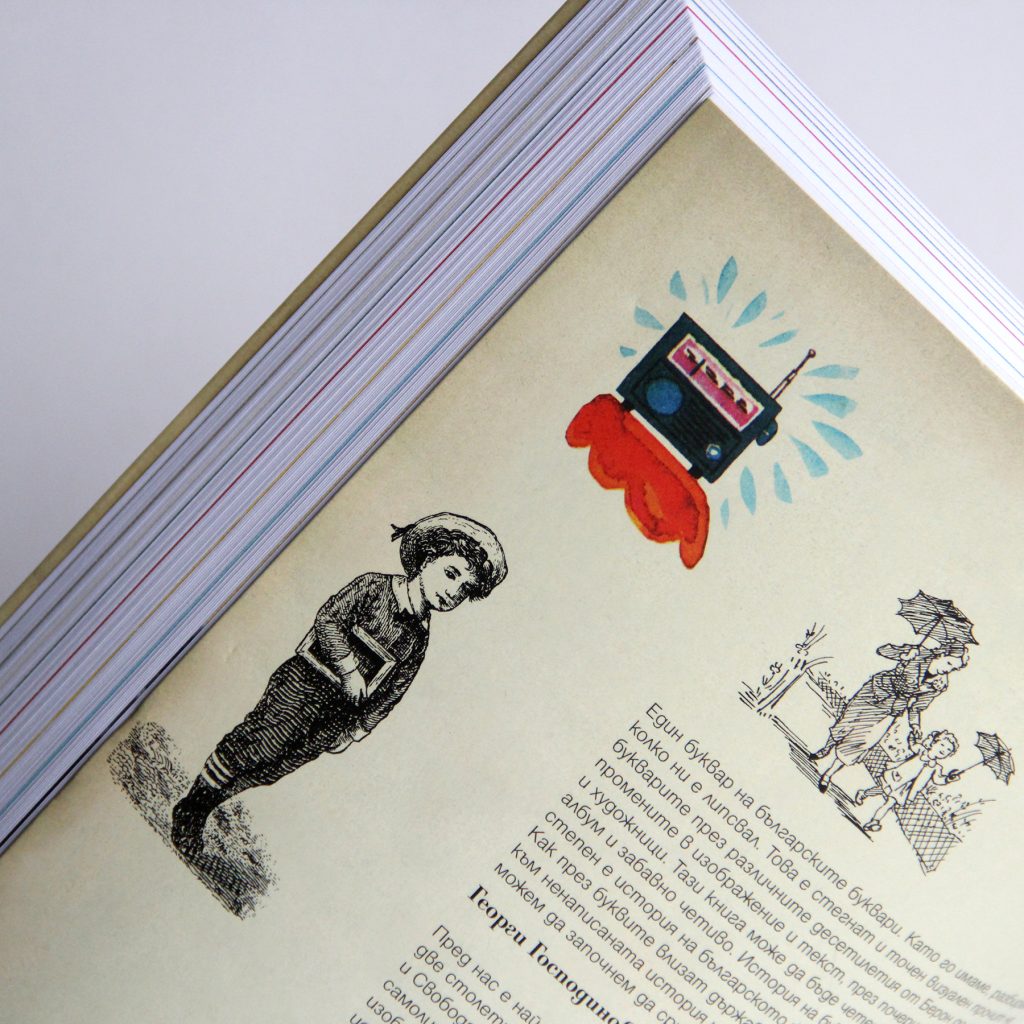